Because many people share articles and websites with me, we decided to screen them and list those we feel are trustworthy. So much biased news is generated by governments and business that it is difficult to know what to trust. There is too much Western presstitute media (intentionally misleadingly news).

Fact-checking journalists are hired to disinfect news, and government use of social media is growing. See research reported by Ryan Androsoff (Feb 18) and Craig Silverman (Feb 10).

Listed below are articles and websites we personally recommend, with independent news from and about world politics and the peace movement. This list is broader and in addition to items posted on Spirit-Wrestlers.com, it will save a lot of emailing. Check for updates. Old stories will be deleted as new ones are posted. Credit is given to contributors. Leave comments below, and send your recommended article links to kjtarasoff@gmail.com. 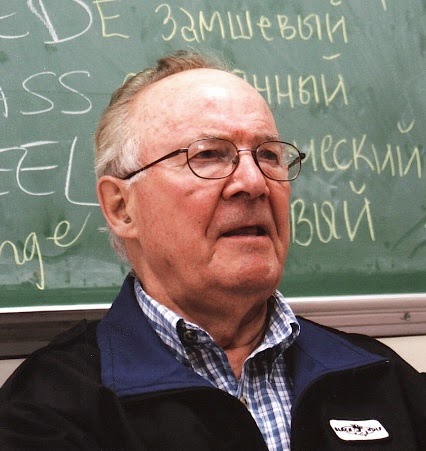 Nick Verigin was a close friend. We first met in the 1950s when I was editor/publisher of The Inquirer, for which he wrote 3 articles.

I visited him often, corresponded and phoned him. In 1977, I joined him on a fact-finding heritage tour of the Soviet Union, visiting the Doukhobor villages in the historic areas of the Caucasus. With him came his children Mark, Yvonne and Colleen.

In 2010 during my Tolstoy-Doukhobor speaking tour of the Kootenays, Nick was my host and contact. He drove me around and we spent lots of time together. I will miss him dearly.

In one of my presentations on Doukhobors, I brought with me a large round loaf of freshly baked bread to illustrate the symbol of bread, salt and water in meetings. As it was close to lunch, one boy raised his hand and asked if he could have a piece of bread to eat because he was hungry. I looked at Nick at the back and he smiled and nodded in approval. I said ‘Yes’ and gave the boy a piece of the bread which he then ate with pleasure.

Born at the beginning of the Big Depression years of the 1930s, as the second child of six children in the Doukhobor village of Bozhiye Milost' (God's Grace, Cowley district, southern Alberta), Nick worked on the farm when everything was done by horsepower and manpower. He was the first Doukhobor in his district to graduate from school.

By taking correspondence courses, night school and summer school in universities of Saskatchewan, Alberta, British Columbia and Washington State, Nick Verigin obtained his BA and MA degrees in education. He taught four years in Alberta, 29 years in Pass Creek, BC and five years in Castlegar, for a total of 38 years. Nick was a teacher par excellence. His motto was to learn by doing. He excelled in mathematics, science and social studies. His curiosity infected many. One of his graduates is today a lawyer, another one is a professional hockey player.


From June 30 to July 28 of 1977, thirty Doukhobors from Canada went on a ‘Doukhobor History Tour of the Soviet Union’. This was one of over a dozen tours to the Soviet Union that were organized by the Doukhobors themselves, and a detailed account of the organization of this excursion reveals that various organizations and individuals contributed, the chief overall organizer of whom was a Doukhobor named Nick Verigin who was a high school principal in Pass Creek, British Columbia.(1)

As a person interested in Russian and Doukhobor history, language and culture, Nick travelled many times to Russia. He was a bridge-builder and peace maker. In his mission to learn, he wanted to see first hand the facts on the ground so as to gain a new perspective on the world. During the Cold War, he was not afraid to state that it was the Soviet Union that essentially stopped Hitler and the Nazi occupation of the world. As a teacher he shared his knowledge with his students as well as with the larger public.(1)
Although Nick is not with us in life today, some of the wisdom that he wrote will be published soon in my eBook. In his contribution, Nick concludes with a passionate plea to humanity to become educated in nonviolent action at home and abroad:


My solution to the world’s problems is to start with ourselves. However, we have to receive a spark from somewhere. Today we see and hear mainly violence. There should be more programs, books and lectures on peace and goodness so that more people will become peace promoters.

Nick’s legacy to us is to become peace activists. ‘No to all wars! Yes to peace!’ he would say. Thank you, my friend for sharing that inner spirit of wisdom. Thank you.

As educator, Nick Verigin you have shown us the way. We miss you dearly.

Alex Ewashen reports: "Nick ... had a wonderful send off, many accolades, it was a well run service, 90-100 people stayed for lunch, but many went home when we went to the cemetery."

I am aware that Doukhobors were disenfranchised by the Wartime Elections Act of 1919, but had their franchise returned after WW 1. I understand that their voting rights were again taken away from 1934 to 1956. Can you confirm this, and explain why this happened?

Generally, I would be interested in any information you have or can point me to about the history of Doukhobor voting rights, both provincially and federally. Anything you provide would be much appreciated. 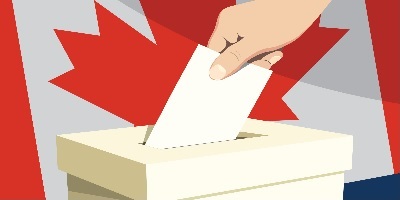 Doukhobors in Saskatchewan and Alberta were never barred from voting; but those in British Columbia (B.C.) were partially disenfranchised for 37 years — 1919 to 1956 — first in provincial and then in 1934 in federal elections, but not in municipal or school board elections.

Voting rights were also lost and regained by those jailed for felonies, like Freedomites and conscientious objectors.

In 1919, after World War I, reflecting the anti-pacifist mood of the country, British Columbia Government barred Doukhobors in its province from voting. Politicians feared that Doukhobor voting en block (being dictated by their leader) could influence an election.

There was no bar of voting for Doukhobors living in other provinces. Doukhobors in Saskatchewan had the right to vote in the Federal election because they were included in the Provincial franchise. (The federal franchise requires provincial statute.)

In 1934 the Federal Government barred Doukhobors in B.C. from voting federally. The Conservative Prime Minister of Canada, R.B. Bennett, wanted to bar all Doukhobors in Canada, but he failed to get support of Parliament because of his discriminatory intent.

There was no bar to Doukhobors anywhere from participating in municipal or school board elections, as long as they were 21 years old, a British subject, and had the necessary property qualifications.

That year some Doukhobor delegates declared they "have never given nor will they ever give their votes during elections, thereby are free from any responsibility before God or man for the acts of any government established by men." (Declaration of the "Named Doukhobors" of Canada, 1934) This declaration against voting was adopted by the USCC formed November 1938.

In 1956, all voting discrimination was lifted for all Canadian citizens.

Many immigrants in Canada were discriminated from voting — all non-whites and most Southern Europeans. For more background history and references, see Canadian Doukhobors and Voting.