Q81: How much did Freemasonry influence Doukhobor theology? 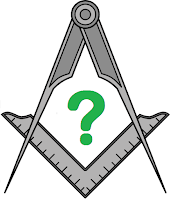 I was doing a little digging to better acquaint myself with the spiritual origins of the Doukhobor world-view.

Can you confirm or elaborate on the claims from this piece: 'Spiritual Origins and the Beginnings of Doukhobor History', by Svetlana Inikova, on the Doukhobor Genealogy Website?

We know that Freemasons affected Doukhobor history, but we do not know 'how much' they influenced Doukhobor theology or beliefs.

The documentation of the spiritual history of our Doukhobor ancestors in Russia is sparse, scattered and complex. Much more research is needed to fully answer this question.

Freemasons selected, altered and transmitted ideas gathered from various sources, and interpreted and translated them into local languages. Many books and articles have been published about their influence in Russia.

A key figure in the history of Freemasonry in Russia was Ivan. P. Lopukhin, an aristocrat, attorney, judge, and senator, who was interested in Pietism, the doctrine of the 'inner light'. In 1801 he ‘masterminded’ a plan to protect and reform Doukhobors by gathering them from scattered exiles (maps below) and concentrating them into their own ‘self-contained community’ along the west bank of the Molochna River in Tauride Governate (now south Ukraine).

Click on maps to enlarge. Maps by Johnathan Kalmakoff.

Several historical tracts were attributed (not proved) to Ivan Lopukhin. One of these was the ‘Note of 1791’, which contains one of the earliest descriptions of Doukhobor beliefs. A prominent theme was the ‘inner church’ which later was considered to have been adopted by Lev N. Tolstoy in his ‘Kingdom of God is Within You’ — a conversion to a new non-doctoral Christianity that rejected violence and taught the ‘Spirit Within’.

The Note of 1791 (the original was never found) resembles Freemason ideas, with reference to the ‘inner church’, ‘spiritual knights’, and ‘hidden saints’, but the form of language with the use of ‘church’, ‘knights’ and ‘saints’ is foreign to Doukhobors. Doukhobors broke away from this usage in their formative development while searching for the evolutionary God/ Love Within.

The 'piece' you read was a paper presented in 1999 by Svetlana A. Inikova in Ottawa, at our conference: 'The Doukhobor Centenary in Canada, A Multi-Disciplinary Perspective on their Unity and Diversity’. Because 'Masons' are mentioned 8 times in her paper, you probably became curious for more.

There are 4 articles on the Doukhobor Genealogy Website by Jonathan Kalmakoff, about Freemasons and Doukhobors. Also study references cited.
More:
Tarasoff: In my opinion Lev. N. Tolstoy is the major origin of the world-view of Canadian Doukhobors. Many other European Protestant influences on Russia can be speculated about, some of which are listed in my 2013 lecture: ‘Evolution of the Doukhobor Movement’, see slides 5 and 7. The Masons could be added to these incomplete lists. We know that the Doukhobor movement evolved from centuries of acts of survival and adaptation by preceding human populations and societies, and more research can be done.

In the meantime, I view the Canadian Doukhobors as a type of 'Tolstoyan social movement' with a focus on creating a compassionate and caring world based on love and nonkilling. Lev Tolstoy is indeed an inspiration for the Doukhobors.

Conovaloff: Both Tolstoy and Gandhi were influenced by Freemasons, and Masons may have impacted the non-Doukhobor Spiritual Christians more than the Doukhobors.

Lopukhin’s policy of concentrating Spiritual Christians in New Russia enhanced, and may have caused, the 1833 amalgamation of a zealous movement of religious ecstasy and enthusiasm, part of which was later labeled in 1856 as Pryguny due to their jumping and leaping in the Holy Spirit. After a third of Doukhobors, including the most zealous, began to move to Canada in 1899, some neighboring non-Doukhobor ecstatic tribes of Spiritual Christians scattered in the Caucasus followed them to Canada, but were diverted to Southern California where the most zealous created a new family of faiths now called Dukh-i-zhizniki.

Research conducted in the 1980s by Phillip and Ludmilla Efseaff (Oregon, USA.) speculated that Russian Freemasons influenced some of the most zealous Spiritual Christian Pryguny (Jumpers), which was transmitted to their offshoot tribes of Dukh-i-zhizniki. Links above and below support their speculation.
The Freemason translations to Russian of selections from Jung-Stilling sparked a ‘Great Trek’ by some Mennonites to the ‘East’ to meet Jesus during his Second Coming. Similar treks, or pokhod (flight to refuge), have been attempted, and several conducted, by Pryguny and Dukh-i-zhizniki, and are still active in their prophecies, songs and oral history. Some Canadian Doukhobors and Sons of Freedom retain an oral history of "trek", to Russia or somewhere else.

At least one Spiritual Christian immigrated to California as a Mason, and in the 1980s his grandson, John Spoldsoff continued the family Mason tradition by joining and being elected to Head Mason in Fresno, California.

Added December 4, 2019: "Masonry and Mormonism -- An interview with Greg Kearney, a lifelong, multi-generational Mormon and Master Mason" (87 min. podcast), Mormon Stories, Podbay FM, October 19, 2007. — Joseph Smith grew up in a Mason family, was a Mason, and adapted Mason rituals for his new religion.

1 Corinthians 6:19 — Do you not know that your body is a temple of the Holy Spirit who is in you, whom you have received from God? You are not your own;

See all Questions and Answers.
Posted by Koozma J. Tarasoff at 07:42 5 comments: 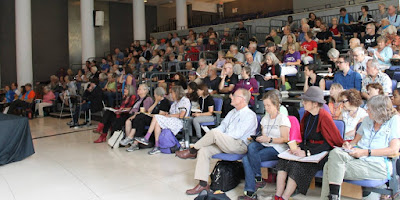 I Love Therefore I Am!

I read this poem at an Open Mic session Sept. 28, 2018 during Peace Arts Night at the First Unitarian Congregation in Ottawa as part of the 12th Annual Ottawa Peace Festival. It was inspired by Henry Beissel during a conversation about the Ottawa Peace Festival 2018 as we pondered whether our intervention made any difference on the journey for a peaceful world. Henry suggested that we need to change the paradigm of René Descartes First Principle to 'I love therefore I am.' Later Henry told me that this idea appeared earlier in one of his poems. It is a line in the fourth elegy ("Where Shall the Birds fly") of Seasons of Blood:
...till
neurons fired in the flesh
its one saving grace: love –
and survival became a ceremony
not a victory: I love therefore I am human.
I Love Therefore I Am!
The Evolution of Homo Sapiens

In evolutionary history
we know that continuity and change are constant.
Darwin discovered this on his research ship Beagle.

We also know that during the Scientific Revolution of the 17th Century
René Descartes proclaimed the First Principle of Certainty, saying
‘I think therefore I am.’
Meaning—‘I am, I exist’.

As well, we know that wisdom people for centuries
have sought to create a world without wars.
We’ve seen futile attempts by politicians of all stripes
proclaim ‘this war is the end of all wars’.

Yet violence and wars — corporate murder —
continue to cause havoc with
the use of weapons of mass destruction, regime change,
and all kinds of human indignities. Countless victims suffer.

Today we need a new discussion on human development —
a discussion that would lead to humane behaviour,
such as envisaged by the late Glenn D. Paige of Hawaii
on the nonkilling society — the responsibility not to kill and the right not to be killed.

We need to talk about something simple, yet profound —
the power of love comes to mind
as penned in the 1800s by Tolstoy, author of War and Peace.
We need to discover the merits
of the Inner Spirit
and apply it to our Charter of Love and Compassion for the living.

Friends, my fellow homo sapiens,
it’s time to build a new world order
that will save us from the scourge of wars and
give a supportive structure to us, to our children and to future generations.
It is time to upgrade Descartes’ maxim to a new authentic identity:
I LOVE THEREFORE I AM!

The Inner Spirit of love opens the way
to a new world of common humanity.
So let’s embrace the new charter of life:
‘I love therefore I am’!
Posted on the Transcend Media website.
Posted by Koozma J. Tarasoff at 11:27 No comments: