The Sanity of Pacifism 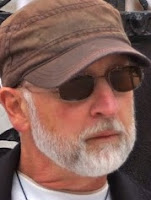 Introduction: "Kensky" is an environmental activist, humanist and student of social issues in the Ottawa region. He participated in the Hungry for Climate Justice fast and protest on Parliament Hill in September as well in the Ottawa Media Coop workshop in November. A contributor to rabble.ca, Billings professionally works in multi-media productions at HRSDC.

Ken sent me his response to a pro-war article denouncing the "white poppy" movement in Canada. I agree with his comments. Because the newspaper web site does not display such letters, I decided to publish his entire letter to the editor here.

I suggested the white poppy in Q51: How do Doukhobors view Remembrance Day?
Read: The folly of pacifism, by Terry Glavin, Ottawa Citizen, November 21, 2012.
Copy of same article: Mark Collins. White poppies! Get your white poppies here! Buy two get a free Swastika!, The 3-Ds Blog.

The message that all the war going on in the world is in the name of peace and democracy is nothing but a lie. The countries involved are for the most part interested in resources and land.

The US and its NATO allies, including Canada, controlled by multinational interests are hell bent on manipulating the Middle East, parts of Africa, Indonesia, Central America, etc for their own pilfering and remuneration.

We don't have any business in countries like Afghanistan, Pakistan, Iraq, Syria, Libya or Bahrain to name a few. Yet these countries are over run with bombings, drone attacks, and all the sick and heart breaking actions that war perpetrates such as food, water and medicine shortages, energy and housing shortages, lack of work, mass exoduses and senseless slaughters of civilians (More civilians killed since WWII than soldiers). On top of that you have massive corruption, the destruction of infrastructure and the rebuilding of it by multinationals with taxpayers money from back home, all in the name of so called democracy.

Capitalism is not providing us a democracy...it is destroying it and crushing any semblance of debate by creating a media and complicit government, that vilifies dissent, puts fear into people instead of hope and has no vision whatsoever but to create policy that protects the multinational corporations and weak-ins the working class. The ideal is to make the people helpless and indentured by having no means to produce clean food, water, necessities, shelter and transportation. Instead we become totally dependent on the globally run system under the management of our globalization masters who are in turn toxifying our environment and trashing the planet. The ticking time bomb is climate change which we ignore at our peril.

Life is not GDP and profit loss statements. Its people and awareness and community and cooperation. We are loosing our ability to think, to create, to work with nature and build a better world because the concentrated mass media in concert with our leaders and many CEOs  have lied to the people and made sure they write the policies and pay half the taxes that a working person does.

The ideas put forth in the article The folly of pacifism in the Oct 22nd Ottawa Citizen is an insult to the Canadian intelligence. The 'White Poppy' does not belong to any person in history, it belongs to an ideal that we are all one tribe that needs to find ways to cooperate, not conquer one another which is the aim of peace. It represents all the people who have needlessly died, who were needlessly wounded, who needlessly starved and who were needlessly driven from their land by violence. In the late 20th Century and early 21st Century, war has become an industry and a means for rich corporations to get what they want at any cost. Most white poppies in Canada were not bought but made by people themselves, because they know and believe that we all share the hurt and suffering that needless war brings upon us.

In the last few years the public has been very concerned with bullying in schools. Well guess what? It starts at the top. Stephen Harper and Barack Obama have blood on their hands and the sooner we stand up to this travesty of extreme bullying, the sooner our children will start to heal.

We want all politicians and CEOs to take heed that we know what is being done in our name and with our taxes and don't accept the lies and the deceit that war has brought us.

Three cheers for those wearing the white poppy and 'the sanity of 'pacifism.'
Posted by Koozma J. Tarasoff at 10:20 1 comment:

What is "Media Democracy?"

Simply: "... media should be used to promote democracy." (Wikipedia)

As a photojournalist and wanting to impove my media skills, I attended the first Media Democracy Conference at the Univeristy of Ottawa (Nov. 16-18) "... for media makers, activists and others who are interested in learning more about alternative media and developing some reporting skills. ... providing training for media making."

The three-day event featured 8 key speakers, 12 workshops and 12 sponsors. I missed the earlier Nov. 2 event Media Democracy Day, which is being promoted across Canada this year.

My generation recalls our fellow Canadian Dr. McLuhan, who in the 1960s coined and taught two famous sound-bite lessons: the medium is the message and the global village. He pioneered studying culture and techonology at the University of Toronto and predicted the World Wide Web.

I grew up with print, radio and TV media. Now we are at our next evolutionalry stage, an information-electronic-computer-ditigtal age where this new democratic media can be the new message if we participate. To prevent a monopoly of knowledge, just as we had typewriters and photocopiers in the past, now we need to get computers and learn and use many new digital skills, and advocate for Internet freedom of speech.

The conference organizers used a meaningful logo (top) and the new Internet tools of media democracy to announce their conference:
First, I learned that I am already doing some of this. I participate in media democracy via e-mail, this blog, my website, and two photo sites (Google Picasa, Yahoo Flickr). I posted an album of 30 photos taken during this conference. So far, so good.﻿﻿

Second, I could do more networking, audio, video, using a mobile computer. I appreciated the comment by Heather Menzies, a distinguished writer, speaker and teacher, who briefly but profoundly made her contribution from the audience. She spoke of giving voice to the local people and combining the power of photos and story to make this happen. Menzies passionately applauded the conference organizers for building a larger coalition of alternative media.

Third, I appreciate the collaborate / co-operative role of news gathering, editing and publishing. We cannot be effective by locking ourselves in silos. For example, my webmaster 2,000 miles away in Arizona, USA, works with me over the Internet as if he was next door. He does the geeky part so I can focus on photography and writing. I am learning a lot. We use email, web phone, and co-edit all content. He started this story to which I added my part, then he edited and posted.

Fourth, I was introduced to The Dominion 'news from the grassroots' journal which is a pan-Canadian media network that seeks to provide a counterpoint to the corporate media and direct attention to independent critics and the work of social movements. The journal is published in print and on the web. See a recent useful article on 'Co-ops for Social Change'.

Fifth, I am challenged by the prospect of building a media of action — one that parallels mainstream media which is often controlled by corporate interests such as the military industrial complex. For example, what imaginative ways can we employ alternative media to help create a Canadian Department of Peace? The same can be applied to my interests in world peace, climate change, overcoming violence in society, narrowing the economic gap between the rich and the poor, bolstering health and education as a right, encouraging non-confrontational parliamentary discourse, and dealing with gender discrimination.

Finally, a quote from one of the booklets that I picked up at the Conference (Understanding and Engaging the Media For NGOs by Rebecca Cohn and Kathryn White, for the United Nations Assocation of Canada, 2007:38) provides a nice tip for us in creating newsworthy stories:

Report on the Campaign to Establish a Canadian Department of Peace

The 6th Annual General Meeting (AGM) of the Canadian Peace Initiative society, was held November 2-4, divided into 3 sessions at 2 locations in Ottawa. Delegates from chapters across Canada attended. To engage the public, 2 forums were held at 2 locations addressing: "Does Canada Need a Department of Peace?"

I attended all 5 events as a photojournalist. Below are my summary comments with links to my photos and other news about this year's AGM and public forums.

For me, the Canadian Department of Peace is a Big Idea whose time has come. I foresee the birth and development of this new paradigm in our society will happen. It is only a matter of time. Remember that during the past century, over 95 million people died from state-induced violent conflicts.  We need to stop this human slaughter in the new century. Our talk must be about Prevention.

Personally I believe that war and militarism are still 'a slavery of our times', as the great Russian writer and philosopher Lev N. Tolstoy stated over a century ago. The alternative nonkilling tradition has continued with Mahatma Gandhi, Martin Luther King Jr. and other serious innovators in our time.

As you know, we are once again approaching Remembrance Day (also known as Poppy Day or Armistice Day), November 11th, where millions of people across Canada and the Commonwealth wear poppies to remember the members of their armed forces who have died in the line of duty. As a Doukhobor and pacifist, I have always felt conflicted about wearing a poppy at this time. On one hand, I believe we should remind ourselves of the millions upon millions of war casualties who have died needlessly through the senseless brutality of war. On the other hand, I do not want my remembrance of this sad fact to be misconstrued or misassociated with the celebration or glorification of war. Perhaps this is a question you can address as part of your blog. How have Doukhobors, traditionally, approached Remembrance Day? And in your personal opinion, how ought we to?

I agree that war is not something to celebrate. Armistice Day was originaly intented to remember the end of World War I in 1918. There are many alternatives for Doukhobors.

Instead of red poppies, many Canadians now wear white poppies. Some add peace button pins with the white poppies. Some wear a slogan button: 'November 11: I Remember for Peace.' The Canadian Mennonite Central Committee sells white buttons: 'to remember is to work for peace.'

As people of conscience, Doukhobors can continue their heritage of working for peace. Our goal is to create a nonkillng society with a culture of peace ethic. Speaking to your friends and neighbours about this will help as will writing letters to the editor. In schools, we can write essays on alternative ways to celebrate the real intent of Remembrance Day. Produce a Doukhobor alternative peace button for Remembrance Day. For example, a line from Lev N. Tolstoy: 'war is a slavery of our times.'

In the larger scheme of things, we are called to love our neighbours as ourselves. Here, then, is an opportunity to help outlaw war as a crime against humanity. The power of love is in our grasp.

Readers of conscience, please speak up!!! And use your imagination to get your message to the world.
Because the comment section below does not permit links, McKay's comment was moved here and edited with links.

Please, feel free to link to my MP3 file. Add that it was delivered at the Queen's University Institute for Lifelong Learning (QUILL), Kingston, Ontario, on Remembrance Day, November 2012.