How The Media Manipulates Us Into War

Generally, people assume that the media has the responsibility of presenting the truth and nothing but the truth in its journalistic reports about peace and war. It is agreed that an informed public is less likely to go to war. 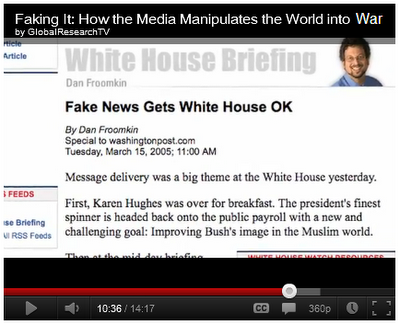 The Transcend Media Service of the pioneering Johan Galtung nonviolence Transcend group in Norway, has presented a 'video of the week' from Global Research TV revealing some startling facts about mainstream media. The 14-minute video online 'Faking It: How the Media Manipulates the World into War' is worth watching. Summary:


'As the US and Iranian governments escalate tensions in the already volatile Straits of Hormuz, and China and Russia begin openly questioning Washington’s interference in their internal politics, the world remains on a knife-edge of military tension. Far from being a dispassionate observer of these developments, however, the media has in fact been central to increasing those tensions and preparing the public to expect a military confrontation. But as the online media rises to displace the traditional forms by which the public forms its understanding of the world, many are now beginning to see firsthand how the media lies the public into war.'

To help journalists make a correct picture of the world, Transcend offers a Solutions-Oriented Peace Journalism service to the public. Jake Lynch, Associate Professor and Director of the Centre for Peace and Conflict Studies at the University of Sydney presents a feature article: What is Peace Journalism?

In his opening remarks, Professor Lynch states: 'Peace journalism is when editors and reporters make choices  — about what to report, and how to report it  — that create opportunities for society at large to consider and to value non-violent responses to conflict.'

While the conventions of war journalism usually assumes a zero-sum game, leaving only further violence as a possible response, peace journalism, as a remedial strategy, chooses to supplement the news conventions by giving peace a chance. Here are five characteristics of peace journalism offered by Professor Lynch:
Of course, peace journalism is in favour of truth, as any must be. However, as a legitimate strategy in reporting especially on war and peace, it opens up multiple opportunities to inspect propaganda and other self-serving representations. As alternative media journalists, let us try to use as many of the five characteristics as listed above, while also avoiding demonizing language, labeling and so forth. By so doing, we will serve the public better and hopefully we will help give peace a chance.
Posted by Koozma J. Tarasoff at 14:47 5 comments:

This year marks the 200th anniversary of the War of 1812, a war that many consider Canada's war of independence, not from Great Britain, but from the USA.

Canada's Conservative government has embraced the bicentennial as a chance to inspire and inform, calling it 'the Battle for Canada', and devoting $28 million (3 years of funding, ending March 31, 2014) to commemorations, re-enactments and education. See the official website : 1812.gc.ca

Why do we have to keep glorifying war, disguised as education to promote tourism? What about celebrating our pioneer farming history and the history of people who used their hands and efforts here in Canada to make our country what it is? We could learn some real lessons from that kind of history. We don't learn too much that is useful from glorifying war.

Here are 2 recent aticles which annoy me:
Fanning the primordial emotions of people to become patriotic soldiers trained to kill another human being considered to be an 'enemy' is an outdated notion waiting to be dropped such as happened with slavery more than a century ago.

More and more concerned people of the world are speaking out for the creation of a new way of thinking. The January 19th, 2012 the United Nations DPI/ NGO Briefing: Culture of Peace: Amplifying the Unseen and Unheard Voices of Peace (2 hour video) examined the role of the culture of peace in today's interconnected world as a vehicle for human development and for ultimately realising the 8 Millennium Development Goals.

As defined by the UN, the culture of peace is 'a set of values, attitudes, modes of behavior and ways of life that reject violence and prevent conflicts by tackling their root causes to solve problems through dialogue and negotiations among individuals, groups, and nations.' That concept encompasses tolerance, disarmament, sustainable economic and social development, democratic participation, gender equality, freedom of expression, and respect for human rights.

The transition from a culture of war to a culture of peace requires the transformation of individual modes of behavior and institutional practises. Learning to live with peace and harmony is a long-term process which begins with inner peace and nurturing of attitudes and practises that promote the expansion of peaceful principles. Education plays a key role in this process.

In looking at Canada's role in this transformation, here are some things that our leaders and ourselves could do to create a safer peaceful world: 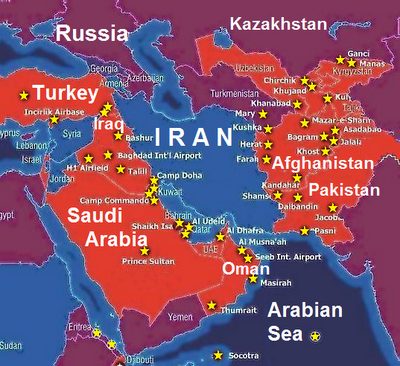 Americans and other powerful nations, wake up! Let's remember that each country has its own interest. Collectively, the best interest of the world is global peace.  Let us therefore, follow the Golden Rule: 'Do unto others what others wish us to do unto you!
Posted by Koozma J. Tarasoff at 10:18 1 comment: