I really like the emphasis of a "nonkilling solution." For 30 years I have been researching Mennonites who, more than 150 years ago, began working on a "nonkilling" solution in Crimea. Here is my most recent article:

Because the first Mennonite COs and non-combatants assisted Russian soldiers who killed, they did not provide a perfect "nonkilling solution." Later they improved. 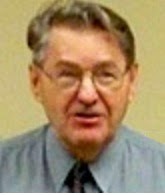 Dr. Lawrence Klippenstein is a long-serving board member and former Historian-Archivist, Mennonite Heritage Centre; and an independent scholar, living in Winnipeg, Manitoba, Canada. His 1984 PhD thesis was about Mennonite pacifism. In 1998, he received the Prix Manitoba Award by the Manitoba government for his accomplishments as a writer, teacher, researcher, historian, archivist, and linguist of Mennonite culture. He was Editor of Windows to the West Reserve: A Mennonite Heritage Preservation Newsletter, from the first issue in 2002 to the last in 2008. He taught at the Elim Christian Education Centre in Altona, before it closed in 1986.

Klippenstein, Lawrence. Mennonites and Military Service in the Soviet Union to 1939, in Challenge to Mars: Essays on Pacifism from 1918 to 1945, edited by Peter Brock, Thomas Paul Socknat, University of Toronto Press, 1999, pages 3-18.

Forestry Service among Mennonites in Tsarist Russia, by Dr. Lawrence Klippenstein, (bottom of) Annual Report of the Mennonite Church Pertaining to the Maintenance of the Forestry Service in 1908, Transcribed by Michael Penner. Published 2005.