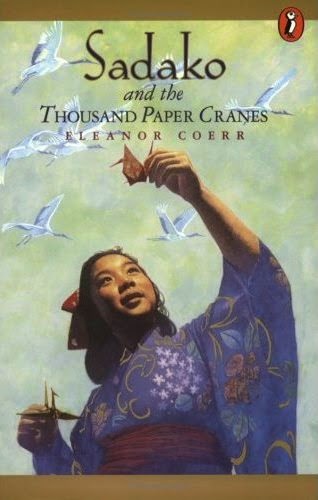 The Ottawa Society of Friends commemorated the 69th anniversary of the bombings of Hiroshima and Nagasaki on August 6th, 2014.

Monique Cuillerier, Membership and Communications Director of the World Federalist Movement spoke on the ‘David vs Goliath’ lawsuit filed by the Republic of the Marshall Islands in 2 courts (International Court of Justice, Hague; and U.S. Federal Court, San Francisco) against 9 nations for violation of Article VI of the 1970 Nuclear Non-Proliferation Treaty (NPT).

The little islands are challenging the U.S., U.K., Russia, China, France, Israel, India, Pakistan, and North Korea. I urge you all to support the Marshall Islands in their courageous effort. Learn more at NuclearZero.org.

Bill Bhaneja read 'Message on the 69th Anniversaries of the Bombings of Hiroshima and Nagasaki,' by David Krieger, President and founder of the Nuclear Age Peace Foundation.

Dr. Krieger wrote about Sadako Sasaki, a girl who survived the Hiroshima atomic bomb but died 10 years later from leukemia at age 12. Her story about making 1000 origami paper cranes for a good luck wish has become a peace legend spread by her classmates, and memorialized around the world with monuments, books, articles, and videos (movie, documentary, cartoon).

Though Sadako Sasaki is lesser known and promoted than Anne Frank, her story is simpler and relates directly to nuclear war. Do not forget her or the hope symbolized by her paper cranes.

Our annual ritual of walking to the Rideau River and floating candle-lit lanterns was aborted due to rain and wind. We returned home with renewed resolve to stop nuclear madness.

The Peace Tower should stand for ‘Peace’

Recently I strolled around downtown Ottawa to the Parliament Hill and among the many war monuments. I heard a band playing and positioned myself among the tourists to again watch the Changing of the Guards, a summer ritual performed in front of the Parliament buildings.

Towering above all was our impressive Tower of Victory and Peace, the iconic ‘Peace Tower. ’

I asked myself, shouldn’t the Peace Tower represent ‘peace’ as it did 50 years ago?

In the 1950s PM Lester B. Pearson showcased Canada as a ‘nation esteemed thorough the world for its policies of neutrality, peacekeeping, and honest brokering.’(1)

In contrast, today PM Stephen Harper is determined to display Canada as a military nation.

In this same spot during the 2014 Canada Day celebrations, Harper referred to Canada as 'a courageous warrior…as the best country in the world.' (2). For the past ten years he supported the Afghanistan war, and recently assisted the NATO blockade of Russia, to attract local Ukrainian-Canadian votes. Purchasing very expensive F-35 fighter jets is debated as more important than practical search and rescue planes.

In this decade Canada is spending $120 million to commemorate wars for PR and tourism.(3) Schools are encouraged to ‘celebrate’ the upcoming 100th year anniversary of World War I, and the cadet program costing $5 million a year continues.

Absent from the Parliament Hill area are peace statues. The only one in the area is Reconciliation: The Peacekeeping Monument. No streets or bridges are named for peace in Ottawa. Only Winnipeg has a Mahatma Gandhi Way, (220 m. long) leading to the Canadian Museum for Human Rights.

Compare to UK, England, where a statue of Nelson Mandela in their Parliament Square was unveiled in 2007, and a statue of Mahatma Gandhi will be installed next year.

If Canada is to showcase peace to other countries, statues of these world moral leaders must be in the centre of Canada's capital to complement our Peace Tower and offset all the war monuments and statues.

The Canadian Department of Peace Initiative (CDPI) hopes to create a cabinet level department to transform military spending to a peace culture. A Private Members Bill was tabled in 2011, three years ago. While lobbying for CDPI progress, citizens are also working their public relations.

Rededicating the Peace Tower as a public icon that promotes peace and good governance is a project led by PeaceQuest — ‘to underline the importance of peace … as a basic Canadian value.’(4)

To recast this national logo, the Ottawa Peace Festival — a coalition of 20 peace groups in the Ottawa area — will open its festival on Sunday September 21 on Parliament Hill for its 8th year, but this time to rededicate the tower.

The festival theme: ‘Peacing Together the Canada We Want’ will launch from the Peace Tower for 12 days at 17 locations around the capital. 29 events, hosted by 20 groups are free and open to the public — art exhibitions, lectures, panel discussions, films, peace walks, music, food, and lots of education. Related topics cover domestic violence, PSTD, history, pollution and climate change.