By Elder Mae Popoff, librarian(retired), Saskatoon, SK.
'Proud to be a choir member'.

The Saskatchewan Doukhobor Choir will participate at Heritage Days during the program, entertainment and the Doukhobor Prayer Service. The Doukhobor brothers and sisters combine voices in spiritual community and song, accented by food supplies and friendliness.

Since choir members reside across a 250 mile range, in Saskatoon, Langham, Canora, Kamsack, Pelly, Veregin, Blaine Lake; we meet about half way at Watson, a central location for singing practices.

Posted by Koozma J. Tarasoff at 06:37 No comments:

END WARS —
‘Canada Should Get Out of NATO’

The case against war in a nutshell was posted in this 2015 Scientific American blog by John Horgan. The collateral killing of kids and civilians exceeds perceived enemy deaths, and the financial cost is enormous, robbing society of food, shelter and life.

Those ‘glorious’ ‘justified’ wars my generation was brought up on, celebrated by Kipling, and Buchan, were represented as men fighting ‘for love of king and country’. At the time of the first world war, the death of children wasn’t even considered. The thing was pictured a bit like a sporting event. Two armies bravely duking it out on the battlefield.


This changed with the 1940s bombing of Dresden and London. But the violence was still romanticised by Hemingway and Mailer and Hollywood.

Today, children are victims not only of bombings, but forced to take part in the carnage. Countless more will die from malnutrition and disease.

And that doesn’t take into account the healthcare, nutrition and education they are deprived of because of $16 million bombs being tossed around like confetti.

We all know this. Why don’t we act?

Rather than pay more money to the American war machine, Canada should get out of NATO.

This evil game must end....it CAN be done!
World Beyond War.org

Phenomenology of the culture of modern Canadian Doukhobors is the title of a paper presented by Dr. Irina A. Anosova at the 6th Canadian Conference held at the University of St. Petersburg, Russia, on April 7, 2017.

She is a professor in the Department of Philosophy, Culture and Arts, St. Petersburg University, Russian Federation.

'The conference was attended by scientists from the universities of many Russian cities (Moscow, St. Petersburg, Kazan, Volgograd, Saratov, Tambov, Bryansk, Chelyabinsk), as well as from Canada and Estonia. ... various historical, social, legal and economic aspects of the development of Canada and its society were discussed.' ('Научный сотрудник Эконома выступил на VI Канадских чтениях', Institute News, Plekhanov Socioeconomic Institute, Saratov. Requires Russian fonts to be installed in your browser.)

This major event is held every 5 years for all researchers of history, politics, economy and culture of Canada. Scientists from more than 10 cities of Russia and Canada submitted [24] reports on the history, politics, domestic development and its role in contemporary international relations. (Делегация историко-филологического факультета посетила VI Канадские чтения в Санкт-Петербурге, Faculty News, Chelyabinsk State University.)


'150 Years of the Canadian Federation: From a British Dominion to a Global Player' was the theme of this year's 2-day international conference held April 7-8, 2017. See conference program in Russian and English.

The event was co-sponsored by the Institute for US and Canadian Studies, Russian Academy of Sciences; the Russian Association for Canadian Studies; and the 'Moscow-Quebec' Educational and Scientific Center Russian State University for the Humanities.

Dr. Anosova first encountered Doukhobors while researching Lev. N. Tolstoy for her PhD thesis. Her focus on Doukhobors began in 1989, and has not stopped. In 2010, many Canadian Doukhobors met and hosted her North American field research tour. 2010 photo album.

Some of her work published on Spirit-Wrestlers.com

2006 — Canada is the Second Motherland of the Doukhobors: The Philosophy of Love as the Way for Cultural Integration

2010 — Doukhobors of Western Canada 2010: Field Research for "The Canadian Doukhobors Present Lifestyle as the Synthesis of Russian and Canadian Cultural Traditions"

Posted by Koozma J. Tarasoff at 22:34 No comments: 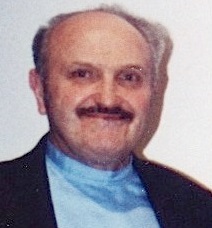 For the funeral service April 13th, at the Brilliant Cultural Centre in Castlegar, BC, Koozma J. Tarasoff and Kristina Kristova prepared the following letter:

With much sadness I and my wife Kristina Kristova heard about the passing of our dear friend Peter N. Voykin, Doukhobor activist and stalwart singer. Peter was an outgoing, friendly and jovial person with a deep voice who appeared to be singing all of his life.

For over 45 years he helped preserve the traditional mode of Doukhobor singing. People liked him very much. When he and wife Lucy held a series of Choir Workshops on the Canadian prairies in 1991 and 1992, one of the participants wrote: ‘They set up our societies into high gear in how to sing. And they inspired us how to sing from the heart.’

Peter Voykin was an ambassador of peace for his ancestors. In 1995 he directed the Voices for Peace Choir that toured across Canada, the United Nations in New York, and Russia. The Choir stopped in Ottawa and performed at the Canadian Museum of Civilization. With Kristina we were honoured when they visited our home. With over 100 people present, Peter led the choir to several songs. It was a memorable moment for all of us, our children, our neighbours and friends.

On his tour around the world, Peter and the Doukhobors in the choir proclaimed a new world order with Love, Non-violence, Equality and Brotherhood.

In mid-January 1996 Peter was again in Ottawa with Lucy, and with their dear friends John J. and Laura Verigin. As a quartet, they performed at the very impressive opening of the Spirit Wrestlers exhibition in the Canadian Museum of Civilization. They concluded with three songs in Russian, English and French. The audience of almost 1,000 gave them a standing applause.

Peter N. Voykin has made his mark as an outstanding person, Doukhobor activist, singer and supporter of peace. He walked his talk and will be missed and remembered by all!

May he rest in peace….
Koozma and Kristina