I am appalled that the Ottawa Citizen and other western media have generally ignored or downplayed two international humanitarian cultural events: one in the ancient city of Palmyra on the occasion of Martyrs’ Day in Syria, and the second at Victory Day in Russia.

The first event brought the famous St. Petersburg Mariinsky Theatre Orchestra, headed by Maestro Valery Gergiev, to Palmyra, six weeks after ISIL was forced out, as a celebration and in gratitude to all those who fight terrorism and sacrifice their lives.

The second event, May 9 in Moscow, commemorated 71 years since the defeat of Nazi forces and the memory of Second World War veterans. The Soviet Union lost 27 million people in defence of the country and of freedom for the world. More than 40 countries took part in this memorial, which attracted 800,000 participants to the Moscow parade.

May 6, 2016, was the 100th anniversary of a massacre in Damascus and Beirut, Syria by Ottoman military leader Jamal Pasha 'The Butcher'. Russia ordered a cease-fire, and sent an orchestra to participate in the Syrian memorial for the dead. Concert title: 'Pray for Palmyra. Music revives ancient remains'.
Victory Day

Posted by Koozma J. Tarasoff at 04:46 No comments: 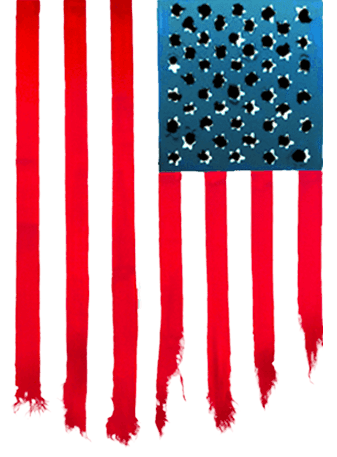 Under the Gun (epix)

Interviews with victim families and experts.  Online May 15

“In the gun debate, truth is the ultimate weapon.”  #gunfacts


Take Action
Posted by Andrei Conovaloff at 10:22 No comments:

My friend Richard Sanders, an Ottawa peace activist, has just released issue #68 of Press for Conversion! magazine published by The Coalition to Oppose the Arms Trade (COAT).

The theme of this current issue is: ‘Captive Canada’ which explores Canada's shameful history of mass civilian captivity from reservations to forced-labour camps. Sanders highlights social and psychological forms of internment that continually evolve to enslave people's hearts and minds.

He says arrogant ‘fairy tales’ mask our reality. The mythical gospels of the ‘Peaceable Kingdom’, ‘Christian values’, ‘Canadian values’, and ‘peace, multiculturalism, human rights and democracy’ are used as a cover for ‘Canadian exceptionalism’.


The program will appear live with telephoned questions from the viewing audience. The phone number will appear on screen during the show. The show will be repeated each of the following 2 days.
Update May 8, 2016

Posted by Koozma J. Tarasoff at 06:52 No comments: