William W. (‘Bill’) Kanigan of Saskatoon, Saskatchewan died January 15, 2021. His compassionate heart touched many lives, including mine. Bill was a generous friend who encouraged and financially helped me with my research during the Doukhobor Centennial in 1995.
In 1989 we published an article about him in Spirit-Wrestlers’ Voices. In 2001 he helped Jon Kalmakoff document the Kylemore Doukhobor Colony for Saskatchewan History. In 2017 we published and replied to an essay he composed with his son Kim about two streams of Doukhobors.

Bill is best known as ‘a responsible entrepreneur from the heart’ who for 27 years co-owned and operated the successful Buy Rite Furniture business in Saskatoon, Saskatchewan. He attributed his success to the importance of promoting and practicing co-operation, being gentle, solving problems with thoughtfulness and kindness. 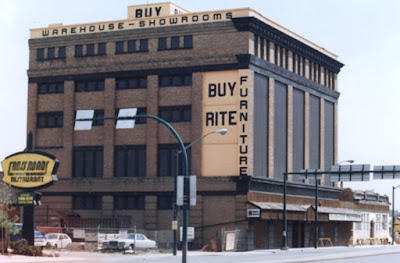 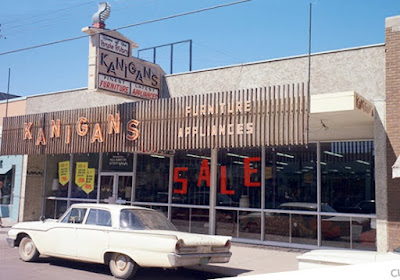 In 1962, Rnold H. Smith and partners purchased Kanigan Home Furnishings, which Smith operated until 1967. He eventually partnered with Bill Kanigan to establish Buy-Rite Furniture, and was joined by his brother Cecil Kanigan, who died in 2018. Over the years the store grew to a chain of eight province-wide stores. The Buy-Rite Furniture Factory was 2 kilometers north of the showroom at 901 1st Ave N, Saskatoon for railroad access. Smith retired from Buy-Rite in 1985, and died in 2008.
Bill was brought up in the Community Doukhobor settlement of Kylemore, Saskatchewan by devout parents William George Kanigan and Mary Kanigan (nee Makortoff) who instilled in him the values of compassion, honesty, usefulness, and a belief in nonviolence.
At home, Bill would frequently hear the importance of the Golden Rule, ‘Do unto others as you would do unto you.’ This keystone ethic he applied both at home and at work. He believed that an organization rarely survived for any length of time unless it was ethical and guided by ethical leaders. Although this formula placed a heavy burden on the individual and extracted a heavy price, Bill said that ‘it can be worth the effort’ as reflected in the success of his business.
In his retirement years, Bill, like his parents, was an accomplished singer in traditional Russian. He was a regular member of the Doukhobor Society of Saskatoon and participated in Sunday meetings and the summer outdoor Doukhobor bread baking project at the annual Saskatoon Exhibition. He recently served as an ‘Elder’ in the Society.
In early 2001, Bill contributed his family history and 8 vintage photos of his ancestral Kylemore Doukhobor Colony for an article written by Jonathan Kalmakoff, published in the journal Saskatchewan History.
Family was important to Bill, always supportive and encouraging. In the summer of 2001, he and his younger son Ryan went to Moscow, St. Petersburg and other places in Russia, visiting the country of their ancestors. This was one of their highlights in being together.
With Bill's support, his oldest son Kim established a tool and die-making business in Saskatchewan and Nova Scotia. Bill described his son as ‘an entrepreneur with a conscience’ because his son refused to produce several thousand military badges — an action very consistent with the Doukhobor nonkilling legacy. Later, Kim migrated from Canada to the coast of Queensland, Australia, where he used his mechanical skills to refurbish vintage candy machines and founded Stillwater Sweets (Facebook).
In 2016, Bill and Kim communicated by Skype, and often pondered 'what is a Doukhobor based on historical and current facts'? Their dialog evolved into an essay 'The Two Streams of Doukhobor Faith: Apostolic and Inclusivist', published in the Saskatoon Doukhobor journal, The Dove, in 2016.
Bill Kanigan is survived by his wife Doris, children Karen, Kim (Leslie) and Ryan (Nancy Paris), grandson Robin and step-grandchildren Camrin, Megan and Mia. He leaves his sister Natalie Austin, sister-in-law Bernice Kanigan, nieces and nephews. A memorial is planned for a later date. Bill will be missed by a lot of people far and wide.
He was a friend indeed. We enjoyed publishing his essays.