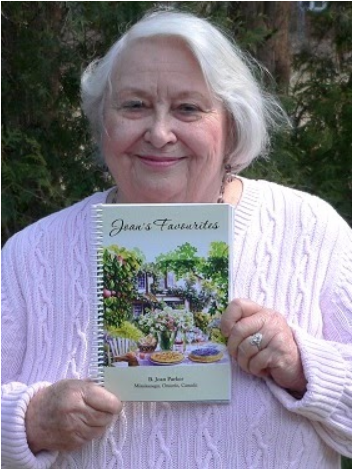 She phoned me a few days earlier saying that she was alive and in good humour.

Joan was born in the Kamsack area of Saskatchewan to Doukhobor parents.

Her son Jeff was looking after her in the home where he was raised and where her husband George, a professional engineer, died May 5, 2018.

Surviving are two children Jeff and Wendy, and Wendy’s son Aaron who is а professional chef in London, England.

Her father George Kazakoff miraculously survived the as-yet-unsolved train explosion near Farron, British Columbia in October 1924 which took the lives of Peter V. Verigin and eight others.

Joan lived in central California where she attended college. She learned of a cousin, Allan Zolnekoff (1953–), adopted by a Dukh-i-zhiznik family near Los Angeles. His mother was her aunt Dunya "Doe" Samoyloff. And, Allan is an adopted cousin of Koozma's webmaster, Andrei Conovaloff, who shared the same step-grandmother. Small world.

In 1984 she toured the Soviet Union with a group that included my mother Anastasia. Smaller world.

Joan was an interesting personality that I have known for many years by email. Though we never met, I interviewed her and published five stories (below).

Joan did watercolour and acrylic painting, she made jewelry, and became interested in the culinary arts. At the age of 76, Joan Parker published Joan’s Favourites, a cookbook of 350 recipes from around the world including a section from her Russian Doukhobor heritage. The book is liberally embellished with 28 colourful wisdom proverbs I liked so much that I gathered them into a list posted in 2011.

Items I published about Joan: