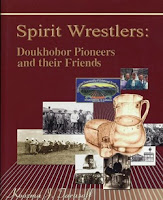 Spirit Wrestlers: Doukhobor Pioneers and Their Friends has just been published as a text with 459 pages and 340 images, and as a free eBook online. See press release.
This 2022 book is a continuation of my 2002 book ― Spirit Wrestlers: Doukhobor Pioneers’ Strategies for Living.
To update the first book 20 years later, I invited more people associated with the Doukhobor Movement to submit their biographies, and many did.
33 biographies came from around the world ― Canada (24), Russia (5), USA (2), Caribbean West Indies (1), and Australia (1). Four have no direct Doukhobor heritage.
They are: These 33 Doukhobor pioneers and their friends exhibit an extraordinary spirit and talent to create a peaceful and healthy society. Their combined lessons of friendship, love, problem solving, and respect for humanity give us hope for the future of our species on planet earth.
This large book with 340 images was a voluntary effort. The printing was funded by a very generous donation from geological engineer Michael N. Chernoff of West Vancouver, born in Veregin, Saskatchewan. His big brother Charlie has a biography in the book.
A limited number of printed copies were distributed to the biographers, to select libraries and archives around the world, to several book reviewers, and to a number of individuals (‘the unsung heroes’). The distribution was made free as an expression of loving dedication to the Doukhobor experience and their hope for a peaceful nonkilling world society.
The online version will be updated over time. Printed copies can be ordered from Manager Jia Hou, Merriam Print Inc., 252 Laurier Ave. East, Ottawa, Ontario K1N 6P4. Phone Jia at 613-567-5050, or email print252@gmail.com
About the Author 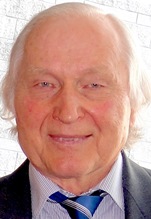 Koozma J. Tarasoff was born in 1932 on an isolated Saskatchewan farm 35 miles north-west of Saskatoon. With father John K., mother Anastasia, and brother John J. in the early 1940s, he moved to Saskatoon for public schooling. He got his BA in social sciences at the University of Saskatchewan and in 1962 went to University of British Columbia for his MA in Anthropology and Sociology.
After graduation in 1964, for three years, he worked for the Province of Saskatchewan doing ethnographic studies of the Native Indians in the Broadview area. Next he joined the Federal Government in Winnipeg and then Ottawa where he worked for Regional Economic Expansion with submarginal rural areas and Natives. In the spring of 1979, the Canadian Council of Rural Development where he was last working was dissolved and he lost his job. That change allowed him to work as an independent ethnographer, photojournalist, and author on the Doukhobors and the peace movement.
To date, Koozma Tarasoff has written 25 books, including those on native Canadians, rural development, east-west peace making, and major works on his heritage ― the Spirit Wrestlers / Doukhobors. With webmaster Andrei Conovaloff of Arizona, USA, Koozma today hosts the Spirit Wrestlers website and blog ― www.Spirit-Wrestlers.com ― from Canada’s capital Ottawa.
Update: February 4, 2022
Among the many people who got a copy of this new book was David Swanson, director of World BEYOND War, ‘a global movement to end all wars’. He was inspired by the contents, and on January 28, 2022, posted: ‘Can We Learn Anything From Russian-Canadian Pacifists?’
Swanson mentioned Tolstoy, Doukhobors, 1895 Burning of Arms, and quoted a paragraph from Dr. Ashleigh Androsoff's biography.
In response to Swanson’s article, Jim Popoff and Dr. Androsoff sent replies to me, which are copied below in the Comments section. Please add your comments and replies on either blog.
Note that the comment posted after Swanson article by Andrei Conovaloff is missing 3 links:
'For clarification of the first 2 paragraphs, see:
Posted by Koozma J. Tarasoff at 07:37